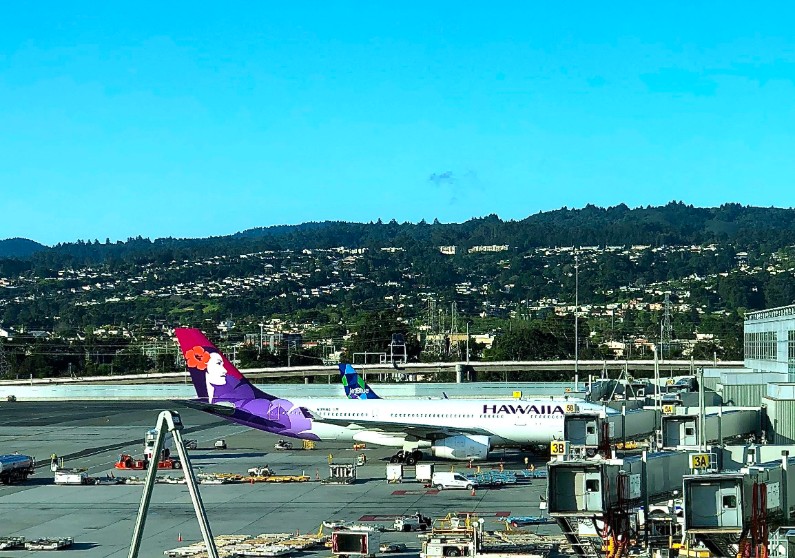 Hawaiian Airlines is Adding Boston as a Destination

Hawaiian Airlines has announced that they are adding Boston as a destination.  Hawaiian’s second destination on the East coast and the longest domestic scheduled flight within the United States at 5,095 miles.  First service will commence on April 4, 2019 with flights departing Honolulu at 1:45pm five days a week (excluding Tuesday and Wednesday) arriving Boston at 6:00am. Returning Boston flights depart at 8:55am except on Friday when it is scheduled for a 8:00am departure.  Flights arrive conveniently in the early afternoon timed to connect with inter island flight connections.

Hawaiian airlines will fly this route with an airbus A33-200.  Equipped with 18 lie flat seats in First Class in a 2-2-2 arrangement.  With limited all aisle access via a small gap between the footrest and seat shell in front.  TBG has flown in these seats and found them to be comfortable. According to the “Blogosphere” Hawaiian Airlines says that Boston is the largest US market without nonstop service to Hawaii. It is reported that 500 people fly between the 2 cities per day. Hawaiian estimates that the market generated $76 million dollars in ticket sales last year. Hawaiian’s strong ties with JetBlue and JetBlue’s major hub in Boston may also have contributed to Hawaiian choosing the BOS market.

Hawaiian airlines recently suspended service to PEK freeing up aircraft for new routes.  It will be interesting to see if Hawaiian adds additional “Seasonal Service” during the Holidays and before the new BOS route commences in April 2019.

← A quick visit to the DFW Airport United Club A Visit to the Air France/KLM Lounge SFO International Terminal →
Disclosure: Some of the links in this post are 'affiliate links.' This means if you click on the link and purchase the item, I will receive an affiliate commission.